Pappi Corsicato was born in Naples on June 12 1960. He studied architecture. In 1980 he moved to New York and studied dance and choreography at the Alvin Alley Dance School, acting at the Academy of Dramatic Arts and then with Geraldine Baron, member of the Actor’s Studio. In 1989 worked as assistant director with Pedro Almodovar on the set of “Atame”( Tie me up tie me down). In 1992 Pappi Corsicato shot his first movie “Libera” that was shown at the Berlin Film Festival in 1993, where it received national and international critical acclaim, as well as a resounding response from the public. The film was included in various festivals and was sold throughout most of the world.

In France it was entitled “Les napolitans”. It won the Grolla d’Oro at Saint Vincent, the Golden Globe of the Foreign Press, the Nastro d’Argento and the Ciak d’Oro. In 1995, his second film “I Buchi Neri” (Black Holes) was shown at the Venice Film Festival under the section “Venetian Nights” and was requested by other important international festivals. In 1997, he joined Martone, Capuano, Incerti and De Lillo in the collective film work “The Vesuvians” (Iana’s Ancestry) which was chosen for the Venice Film Festival in competition. In 2000 he staged the opera “Carmen” at the San Carlo Opera House in Naples. In 2001 Pappi Corsicato shot “Chimera” which is chosen to participate in the Montreal Film Festival and received a Grolla d’Oro for best photography. In 2006 he staged the opera “The human voice” at Ravello Festival . In 2008, he shot “Il seme della discordia” (The Seed of Discord) which was selected to compete at the Venice Film Festival. In 2009 the documentary on the publicist Armando Testa “Povero ma moderno” was selected as a Special Event under the Horizons Section of the Venice Film Festival. In 2012 Pappi Corsicato was selected in competitions at The Rome Film festival with his last movie Il volto di un’altra, ( About face ) also selected in 2013, at Beijin Film Festival , and The Lincoln Center NY Film festival From1994 to date, he has created more than 40 videos centered on contemporary art and such artists as Kounellis, Serra, Gilbert and George, Kapoor, Merz, etc. Many of these works have received recognition and awards at international festivals, along with dedicated exhibits, including among others, London’s Modern Tate Museum and the Centre Pompidou of Paris. In 2017 made a documentary about Jualian Schnabel “Julian Schnabel, A Private portrait” (80minutes), selected at the Tribecca Film Festival. In 2019 he is in pre-production of a television series for Rai 1. The Coen brothers honored Pappi Corsicato by giving his name to a character in their film LInside Llewyn Davis.

Troppo breve per toccare il cielo – Too Short For Sky (2001)

Carmen – At the Teatro San Carlo in Naples, directed by Daniel Oren (2000)

Video on Tom Friedman at the Prada Foundation (2002)

Drama Fairytale, of works of Mimmo Paladino (2005) with text by Enzo Moscato recited by Remo Girone 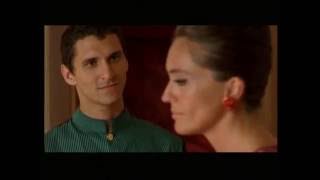 Too short for Sky 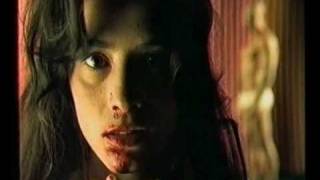